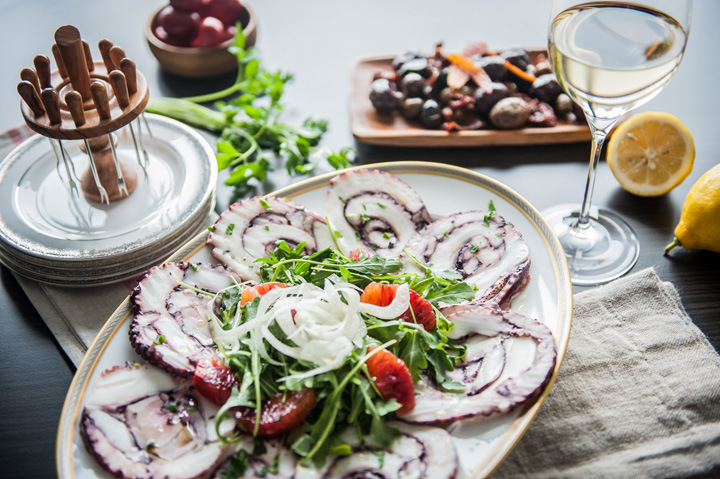 An encounter with a truly exciting dish is few and far between. Occasionally, though, there are those special moments when it is clear when something exceptional has been displayed before you. Indeed, Octopus Salami is one of these dishes. The thin slices of tender octopus meat paired with peppery arugula, shaved fennel, and tart segments of blood orange, drizzled with nutty olive oil and finished with black lava salt, make for an incredible combination of diverse textures, vibrant colors, and layered flavors. Complex, yet simple all at once, this is an Italian dish par excellence–insurmountable in flavor and subtitles, and when served, looks as stunning as it is delicious.

It took me several tries to master this dish, but the effort was well worth it. I looked at countless recipes, including Chef Cesare Casella’s, and I used various components from each of them when deciding how to finalize the preparation. Through trial and error, I implemented several modifications and added my personal touch, which I truthfully believe resulted in a fantastic dish.

For this recipe, you will need one 2 ½ pound octopus. Ask the fishmonger to clean out the octopus and remove its eyes. On Upper West Side, the best octopus and the freshest seafood can be found at Citarella on Broadway & West 75th Street.

Wash the octopus thoroughly under streaming cold water, holding it with the tentacles down. Carefully work through the tentacles and skin to wash out all of the sand.

Prepare all of the vegetables and herbs in advance, put them into a large pot, pour in enough water to cover the octopus completely, and bring to a boil.

Place two pots side by side on the cook top, one with just plain boiling water, the other with all of the vegetables, herbs, salt, and vinegar you’ll need to flavor and cook the octopus. Make sure that the pot with vegetables is large enough to completely submerge the octopus when cooking; I used a 12-quart stock pot.

Grab the octopus carefully by its head with tongs and slowly dunk it into the pot containing only the plain boiling water. Do this 7 times in a row. This process will clear out the sand from the tentacles and also cause them to curl up into loop-like spirals.

KITCHEN TIP: Dunking the octopus into the boiling water will also help retain its purple skin. It won’t shed off while cooking and will also enhance the appearance of the dish when the octopus salami is sliced.

Next, submerge the octopus into the pot of boiling water containing the herbs and vinegar, bring it to a boil again (the temperature usually drops right after you put the octopus in), and reduce the heat to a simmer. Make sure to not let your water boil, just simmer. After 50 minutes, pierce the octopus with a paring knife or slice off a sliver from one of the tentacles and try it to determine if it is sufficiently cooked. The flesh should taste soft and may taste a bit salty at first, but don’t panic, that’s exactly how it should be.

While the octopus is cooking, you’ll have to get into arts and crafts section of this recipe. It’s actually fun to make; you need a plastic bottle, a small paring knife, and scissors. Using a knife and scissors, cut off the upper third of the plastic bottle and make 6 small holes on its bottom. Put it aside.

When the octopus is ready, carefully lift it from the pot using a large slotted spoon or a spider and transfer it to a cutting board or a plate to cool down slightly.

When the octopus is cool enough to handle, cut it in half and then cut each half into diagonal slices, in order to preserve the curl of the tentacle.

Take a small bowl, and place the cut-out plastic bottle inside, so that the liquid from the octopus will drain through the holes into the bowl.

Place the sliced pieces of tentacles along the inner walls of the plastic bottle with the suction cups facing out, and carefully arrange the sliced head pieces along the center of the bottle.

The final product should be a cylindrically-shaped mass of octopus meat that looks like thick salami. It’s important to create as much pressure on top of the octopus as possible; its own juices will act as gelatin and will hold the shape of the salami tightly together. This recipe can be made 1-2 days in advance.

Once the octopus has been refrigerated for at least 6 hours, remove it from the fridge, place the salami shaped octopus on a cutting board and slice it thinly using a very sharp knife.

To serve, place the Octopus Salami along the rim of the plate and garnish it with a simple salad: fresh arugula, shaved fennel, and segmented blood orange. Drizzle with a good quality olive oil, a squeeze of lemon juice, and sprinkle with black lava or fleur de sel salt.

Voila! Your Octopus Salami is ready to be served!

KITCHEN TIP: slice the octopus only when it’s ready to be served. Slicing it too early will make the salami lose its circular shape! 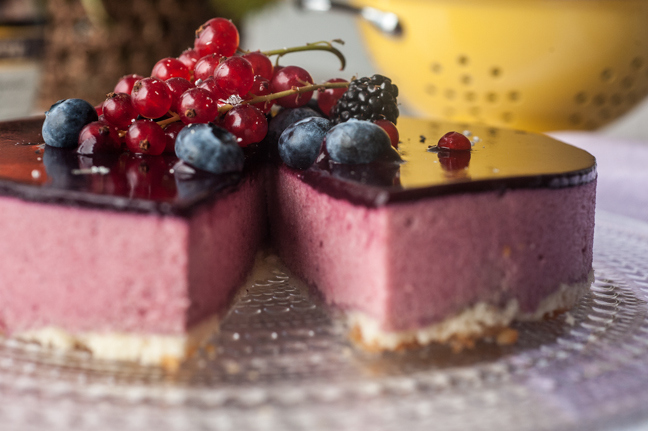 This meringue was named for the famed Russian ballerina Anna Pavlova, who toured Australia and New Zealand in 1926. Until this… 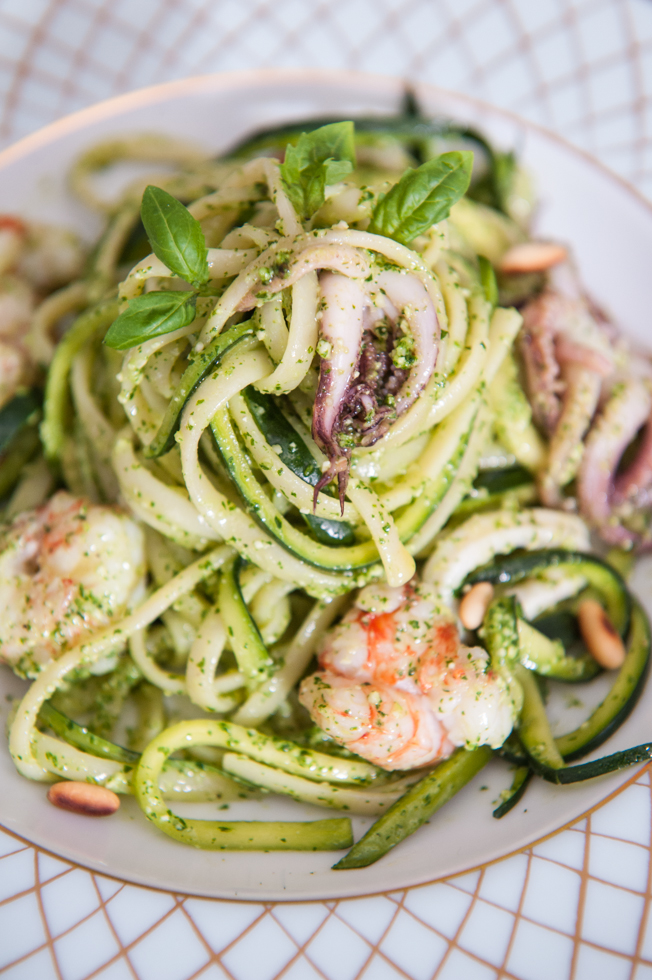 Do you long for summer? I do, and this Seafood Pasta with Zucchini, Pesto & Pine… 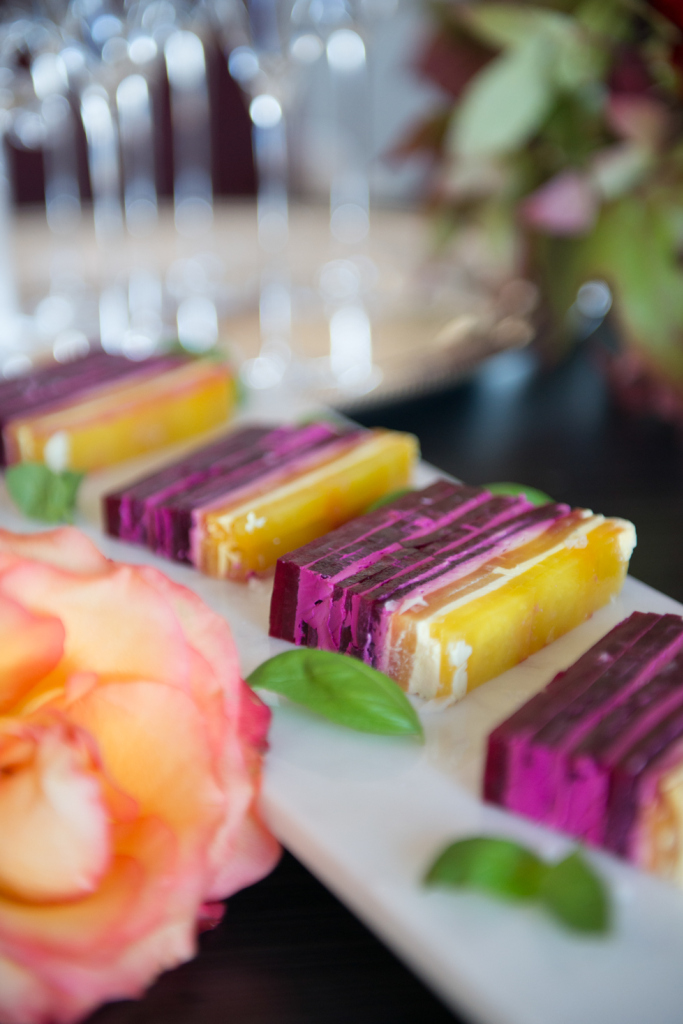 An elegant appetizer or hors d’oeuvre, this Beet Terrine with Goat Cheese mixture will be… 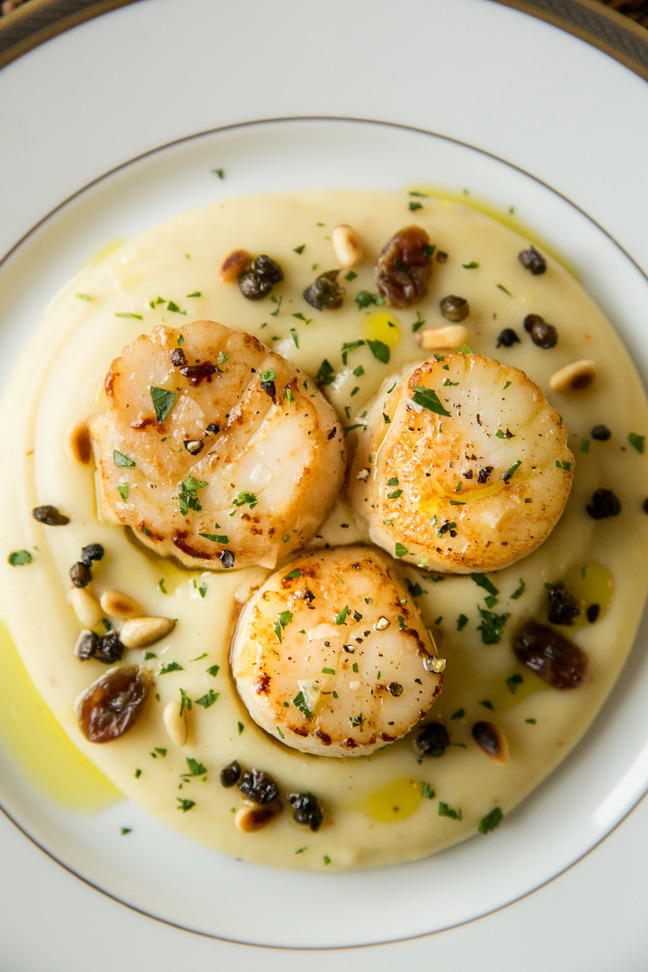 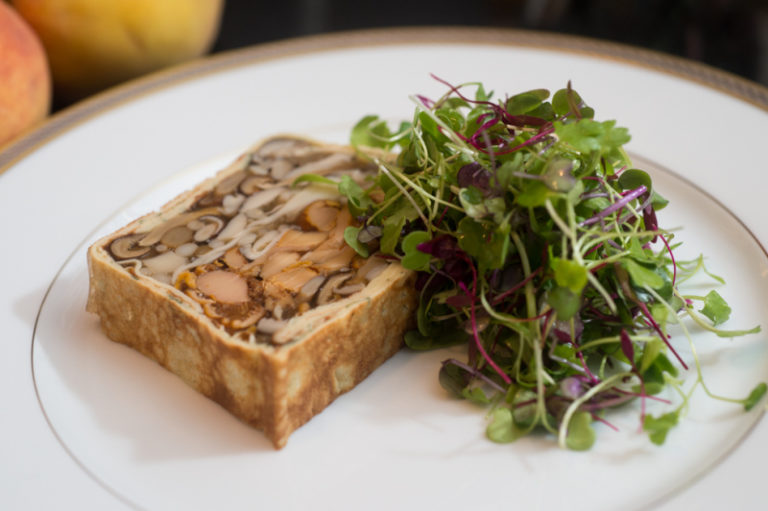 Mushroom Terrine is a great family bonding experience.  It takes some time to assemble but the…